While we were fighting Kavanaugh.

On Saturday, despite massive opposition, credible allegations of sexual assault, and an outcry from much of the nation, Brett Kavanaugh was confirmed to the Supreme Court. Despite this disturbing outcome, we are more committed than ever to supporting sexual assault survivors around the country, and we are endlessly inspired by all of you who took part in the progressive community’s efforts over the past months. The fight continues every day, and no time is more important than the next month.

As we continue the fight, we thought it would be worthwhile to get caught up on what else has been happening. Here’s a rundown of the key stories you may have missed during the Kavanaugh fight:

Congressional Republicans are running away from their health care records.

Young voters are set to make up 34% of the electorate this November. Why, then, are only 6% of state legislators young people?

A new report from Generation Progress highlights the impacts of the gross underrepresentation of young people in Congress and at the state level, in terms of both age and diversity.

What can we do about it? Check out the report for key ideas on how young people can tap into their political power and how we can help them get there—especially leading into the midterm elections.

Watch and share this video to emphasize what’s at stake for Americans: 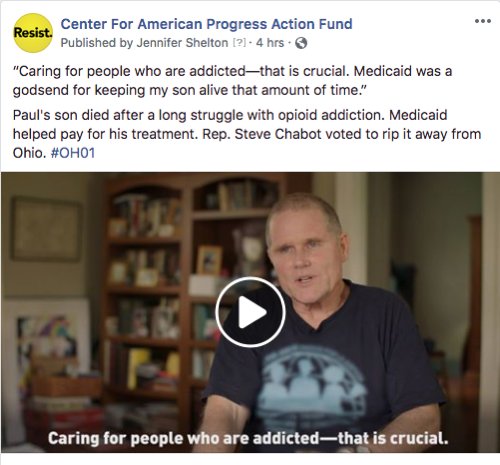