So much for Trump’s promise of “great health care” for all Americans. If the Trump administration-backed lawsuit to repeal the Affordable Care Act succeeds, an additional 20 million people would lose their health coverage. And 134 million Americans with preexisting conditions will lose the protections that prevent insurance companies from discriminating against them.

The Trump administration’s actions are dangerous. As Trump tweets insults and lies, his administration is ripping health coverage away from millions of people and legalizing health care discrimination. 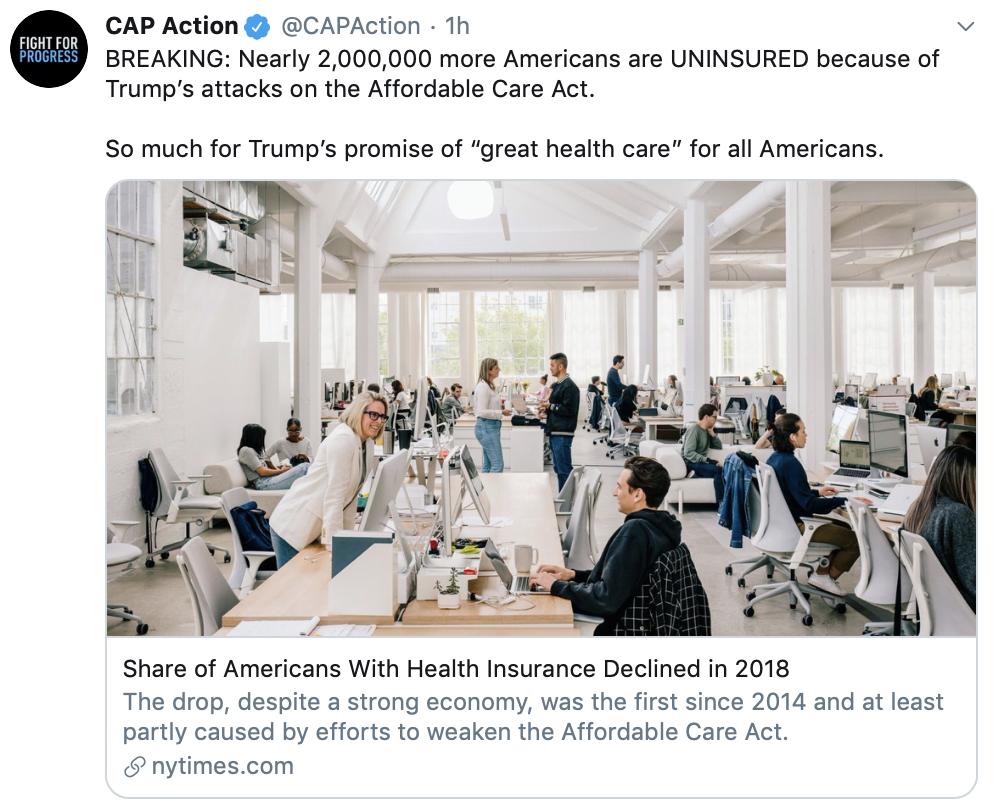