Private-sector job growth is way down under Trump

So much for Trump’s promise to be “the greatest jobs president that God ever created.” According to numbers released by the Bureau of Labor Statistics this morning, private-sector job growth is down 17% under Trump’s administration.

What’s more, as economic growth slows, Trump is bragging about his efforts to cut vital programs that millions of American families rely on like Medicare, Medicaid, and Social Security. 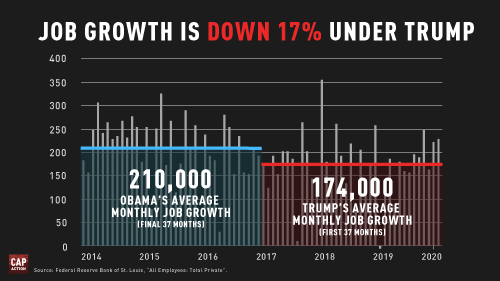