In a set of regulatory rollbacks, Trump is taking aim at our retirement savings, overtime pay, and how much we spend at the gas pump—all to line the pockets of his corporate cronies. In total, these rollbacks will cost Americans nearly $42 BILLION. 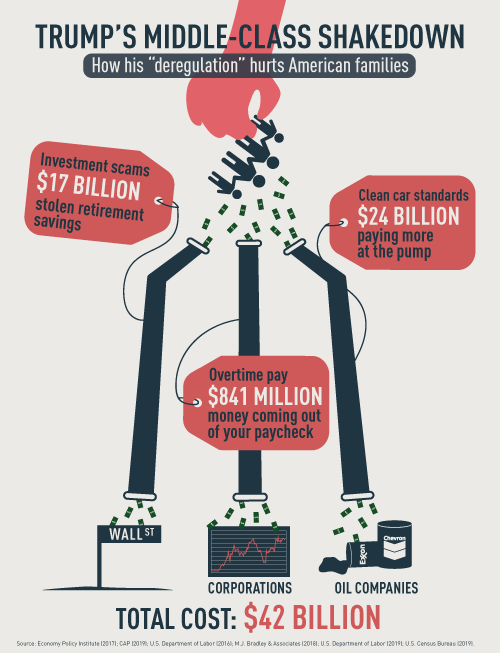 Trump’s rollbacks of the fiduciary rule, overtime rule, and clean car standards could combine to leave Americans at risk of losing:

If you needed any more proof, here it is. Trump doesn’t care about hurting working people as long as his interests are served.

While Republicans in Congress are busy covering up Trump’s crimes and stealing money from working families, House Democrats are tackling two key issues with comprehensive legislation.

CLOSING THE PAY GAP: It’s 2019, and women still make just 80 cents to every $1 made by a man (it’s even worse for women of color). House Democrats (with the help of seven Republicans) passed the Paycheck Fairness Act of 2019 this afternoon to help fix that.