Job growth is down 15% under Trump

No, our economy is not the “best it has ever been”

Despite Trump’s false claims about his economic “accomplishments” during Tuesday’s State of the Union, numbers don’t lie—and the jobs numbers released by the Bureau of Labor Statistics today fact-check Trump’s lies.

Trump is obsessed with comparing his economic record to President Obama’s. Well, here’s a comparison for him: monthly job growth is down 15% under Trump from Obama-era levels.

Trump has broken his promises to bring back manufacturing jobs

Trump promised to save American manufacturing jobs: “You won’t lose one plant.” He also boasted in the State of the Union about the “thousands upon thousands of plants and factories being planned or built” under his administration. Instead, the manufacturing sector is in recession, and plants are closing across the country.

Take General Motors, for example. After saving billions of dollars from the Trump administration’s 2017 tax bill, GM closed several plants and slashed thousands of jobs. For people like Trisha, a GM worker from Lordstown, Ohio, the consequences of these broken promises are devastating.

This is the story of the Trump administration’s economy: the rich and powerful benefit, and working Americans get left behind. 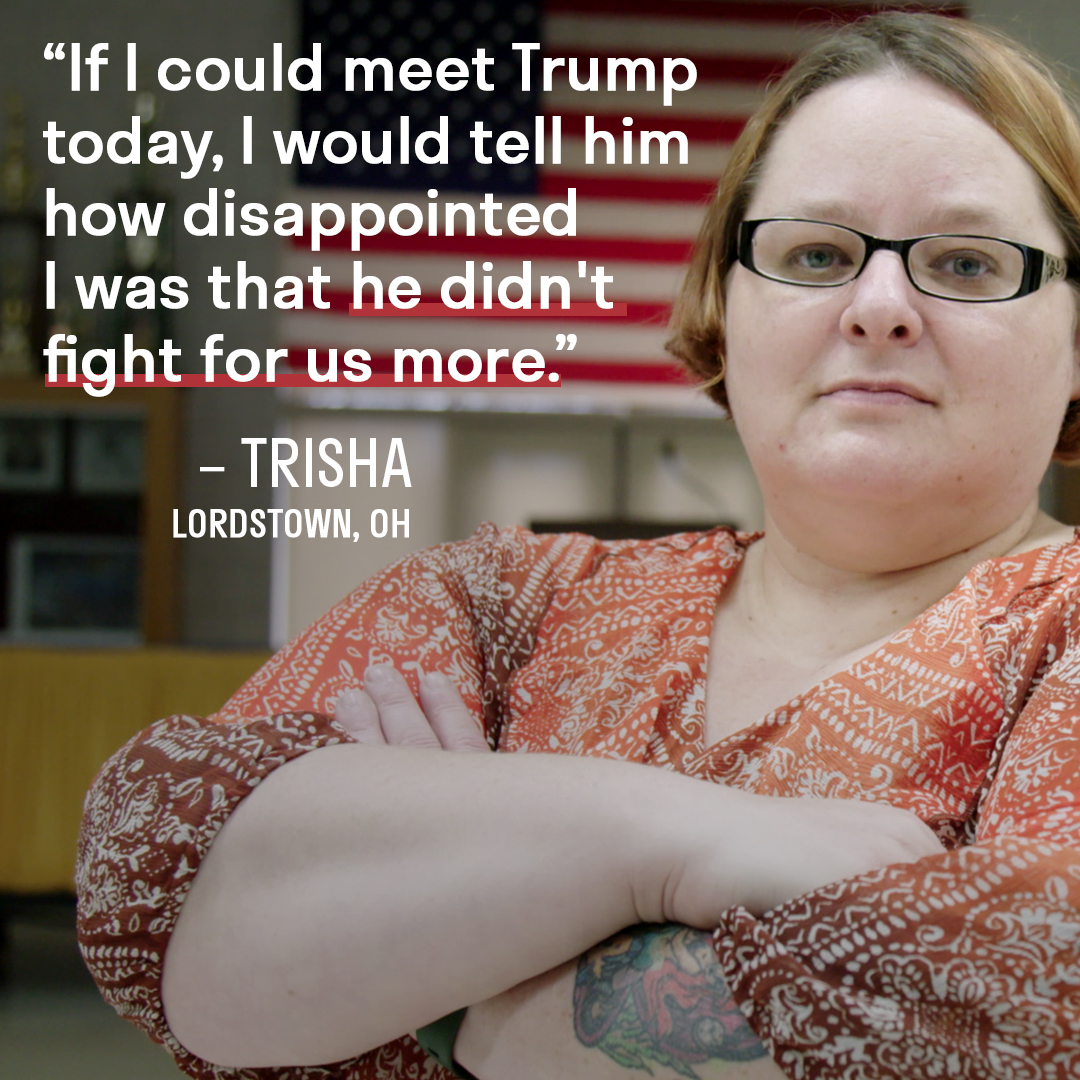