Last week, voters sent a few very loud messages to this country’s elected officials. One was inescapable: Voters are tired of Republican corruption.

A new report from the Center for American Progress highlights the many ways voters and candidates alike focused the 2018 election cycle on the importance of combating corruption and fixing democracy.

You can find the full report here. 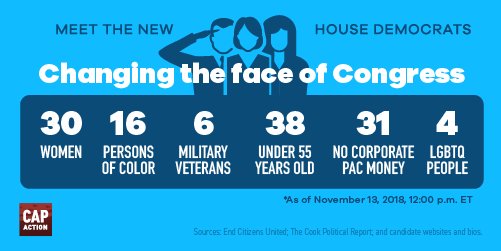 In another reminder that nothing is sacred for Donald Trump except his own ego, this morning Trump sent a series of tweets attacking French president Emmanuel Macron on the anniversary of the 2015 Paris attack that left 130 dead and more than 400 injured.

It was a disgraceful Veterans Day weekend for Trump: