She put kids in cages

Why? Because she refused to re-instate the policy of ripping children from their parents, among other horrific and illegal demands.

Trump is determined to enact his hateful, racist immigration policies. He just forced out his DHS secretary to prove it. Share this tweet thread to spread the word. 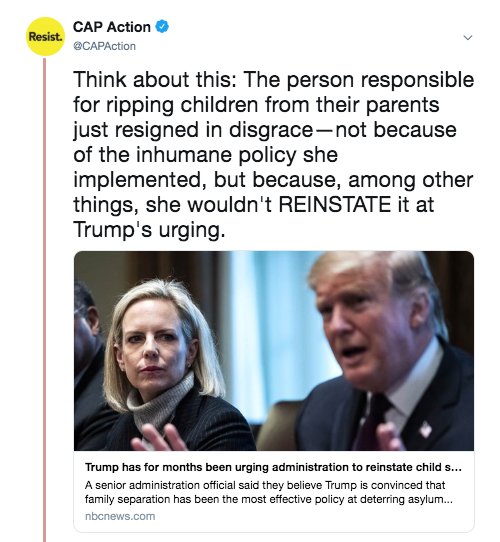 Nielsen was cruel enough. Now, she’s out, and it’s clear that Trump plans to enact even more inhumane policies going forward. Share this tweet thread to make sure your followers have the facts.

Things Trump will try to distract you from this week