The Top 5 Rights at Risk in a Trump Court.

The right to a safe, legal abortion. The right to LGBTQ equality.

The right to vote in free and fair elections.

The right to affordable health care.

The right to workplace protections.

Trump and his cronies in Congress (aka Mitch McConnell and the Republican Senate) are planning to ram through an extremist nominee who will take immediate aim at the rights we hold dear.

Senate Republicans must follow the McConnell rule and refuse to consider a nominee until after a new Congress is seated in November. 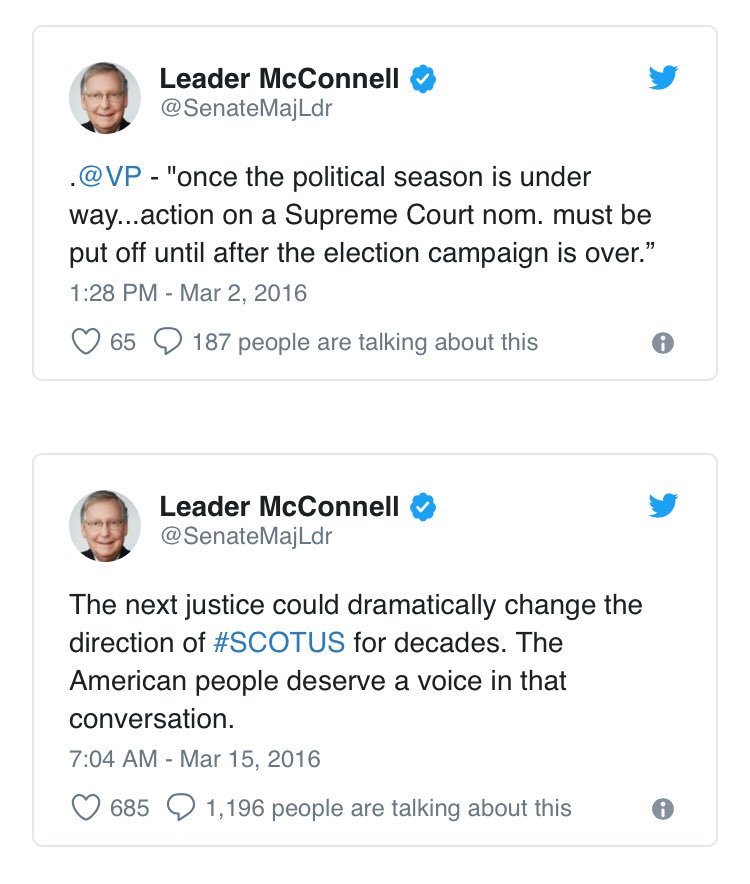