135 million Americans are at risk

If you do, then you know one of the 135 million Americans who live with preexisting conditions—and you know someone whose health care protections are at risk because of the Trump administration.

Bill has a preexisting condition, and his son, Kyle, lives with Down syndrome and depends on Medicaid-supported job training. Trump’s broken promises jeopardize the health and economic future of families like theirs. 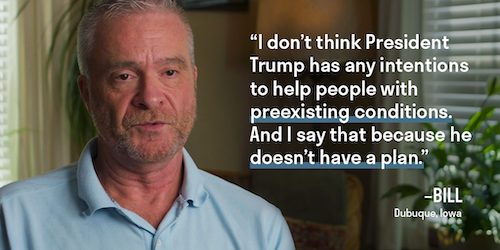