People are dying because of high prescription drug costs

The Trump administration broke its promise to fix the rising cost of prescription drugs, so the House is getting it done instead.

Today, House Democrats and two House Republicans passed H.R. 3, a bill that would lower some drug prices by 55% and save the federal government close to $500 billion over the next 10 years. The bill is named after the late Rep. Elijah Cummings, who spent decades fighting to lower the cost of prescription drugs.

Unlike the Trump administration, the House is working to keep its promise to lower outrageously high drug costs.

The Trump administration’s constant attacks on the Affordable Care Act threaten affordable health insurance and drug coverage for tens of millions of people. H.R. 3 is vital to ensuring that Americans have access to the life-saving drugs they need. For people like Rebecca Hovde, who shared her story with us in the video below, lives depend on it. 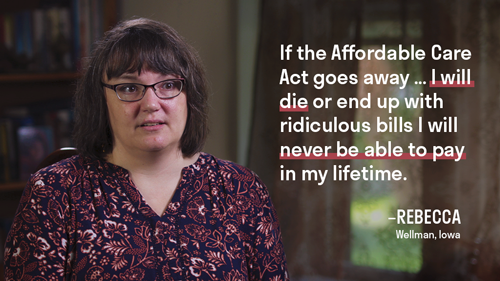